One of the excellent but lesser booked tours that we offer is an 8 hour adventure to LeConte Glacier and the scenic town of Petersburg.  This trip gives you the opportunity to experience one of the most truly magnificent and humbling sights you can see while in Alaska, a massive river of ice meeting the sea in a rumbling and beautiful chaos of sound.  If the wilderness coastline of Southeast Alaska with its mountains reaching from sea to sky hasn't impressed you, being amidst the floating icebergs while staring up at the shear rock faces sculpted smooth by ice certainly will!  If this still doesn't do it for you, then as a last resort you can mix yourself a cocktail with a piece of clear, pure ice thousands of years old while the rest of us try to spot mountain goats clinging to the cliffs or photograph the endless shades of blue found in the icebergs. 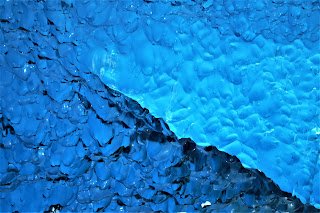 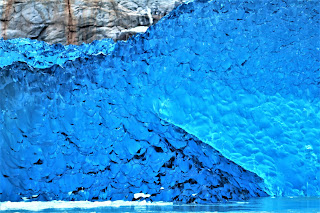 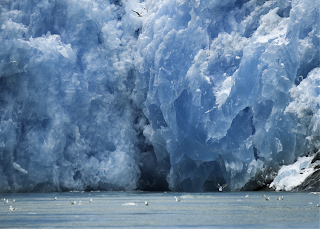 LeConte Glacier is named for Joseph LeConte who was a geology professor at the University of California in Berkely in the late 19th century but never visited his namesake bay and glacier.  There seem to be two opinions as to the correct pronunciation of LeConte.  Some people pronounce it La Cont, others La Cont Ee, tomato, tomahto, pronounce it however you like!  Regardless of your preferred pronunciation, it is a worthwhile place to experience.
Prior to it being called LeConte Bay, the Stikine Tlingit referred to it as Thunder Bay due to the rumbling echoes of the calving glacier and their belief that these sounds were made by the legendary thunder bird of Tlingit lore flapping its wings. 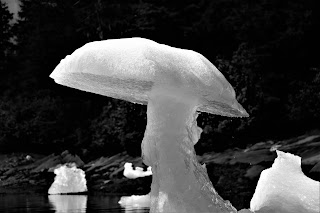 LeConte Glacier is a tidewater glacier meaning that it goes straight from its origin high up in the Stikine Ice Field all the way down to the sea where its dense freshwater ice slowly melts into the briny deep.  Being a tidewater glacier, LeConte is  greatly affected by tidal action making it a very active glacier particularly when the tidal changes are extreme. The frequency and amount of calving icebergs that fill the bay make this a continually changing environment that is never the same from one day to the next or even one hour to the next and presents a true labyrinth of ice sculptures guarding access to the face of the glacier. 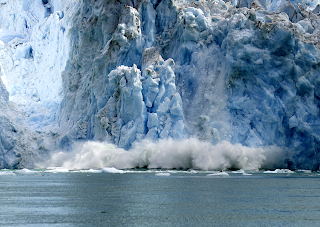 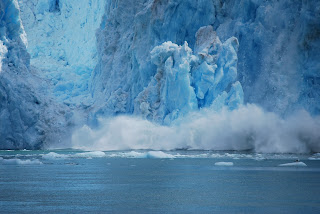 LeConte Glacier is also known for its calving of icebergs from beneath the surface of the water.  The water near the face of the glacier is 800 feet deep on average giving an enormous amount of ice to potentially calve off and shoot to the surface causing a phenomenon known as "shooters".  A word from the wise- Don't get too close!  Even if you carefully watch out for ice falling from above, those lurking submarine icebergs can get you with no warning whatsoever.  A minimum of a half a mile from the face is a pretty good standard to hold to, any closer and you are flirting with some serious icy danger.
LeConte Bay is also known for the fact that it is a birthing ground, or pupping ground, for harbor seals. 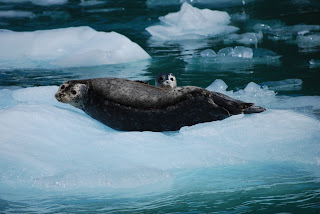 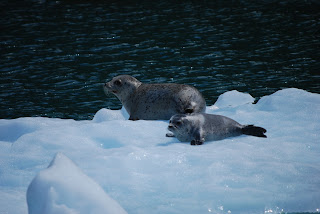 The usually densely packed ice in the bay provides these seals with a relatively safe place to give birth and raise their pups without an imminent threat from predatory killer whales or harassing humans.  It is uncommon to see another boat in the entire bay on a visit to this glacier which provides these mother seals a tranquil opportunity to nurse and the pups an opportunity to grow which they do very quickly on mother's milk containing 40-50% fat.  Pups are born in June here in the bay and are weaned 4-6 weeks later.  At birth, harbor seals are about 3 feet long and weigh 20 pounds or so growing to 6 feet and 250 pounds when they reach adulthood.  Our captains do their best to maintain the voluntary regulatory distance of 500 yards from mother seals with pups but the ice dictates where the leads are so we occasionally have to get closer which allows for some photography opportunities of these beautiful animals.

LeConte Bay isn't all ice and seals though, there is incredible scenery including a waterfall cascading for thousands of feet into the bay, mountain goats traverse the high cliffs and sometimes the low cliffs, and the occasional pod of killer whales patrol the bay looking for unwary seals.  The extraordinary diversity of ice shapes and colors within the bay can keep a person entertained and thrilled for hours. 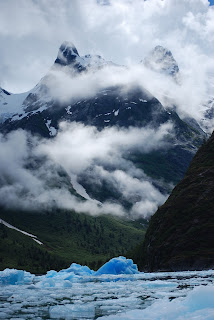 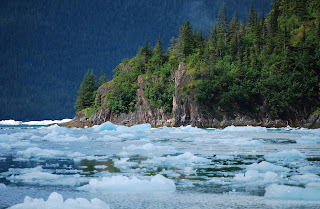 Don't forget, there is still more to this trip!  You also get to spend some time in the town of Petersburg which owes its existence to the ice of LeConte Glacier, the fishing grounds of Frederick Sound, and the ambition of its founder, Peter Buschmann who took advantage of the easily accessible ice to start a fish cannery at this site.  Petersburg has a rich Norwegian history and heritage that is obvious when you walk through town and notice the distinct artwork and Norwegian names of streets and businesses reflecting this Nordic ancestry.

The harbors of Petersburg are an interesting place to spend some time browsing the large and diverse fleet of fishing and recreational vessels.  Petersburg's economy is primarily driven by fishing and is obvious from the beautiful but hardworking seiners, tenders, gillnetters, trollers, and other boats used to bring in the catch to the waiting canneries.
There are also some incredible vistas of the mainland mountains across Frederick Sound from Petersburg where you might be lucky enough to get view of Devil's Thumb, an internationally known vertical granite spire sitting on the border of Alaska and Canada. 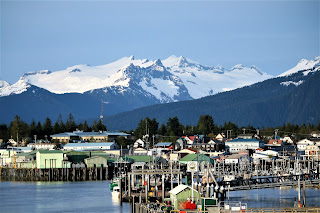 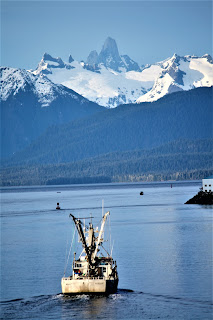 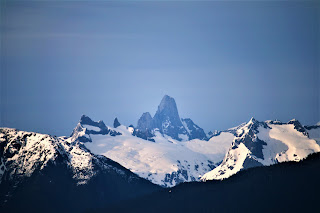 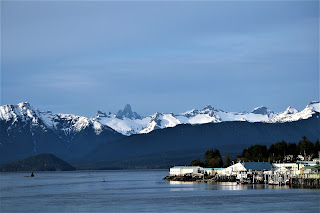 As a final enticement to make this trip even more enjoyable, you never know when it will turn into an impromptu whale watching tour.  The waters of Frederick Sound are well known for their population of whales so a sighting of distant spouts could lead to an encounter with humpbacks bubble feeding, breaching, or just cruising from one fishing ground to another.


Posted by Alaska Charters and Adventures at 4:31 PM