Another successful Stikine River Birding Festival just ended here in Wrangell yesterday marking the end of April and the beginning of May.  I don't know what the official numbers of visitors for the festival are but it was noticeable that there were new faces in town during the week specifically here for the event with several bird enthusiasts visiting Wrangell first on their way further north following their own migratory paths to keep up with the journeying birds.
Here at Alaska Charters and Adventures, we had a successful festival with two incredible birding tours up the Stikine River with some very fun and knowledgeable birders from as far away as Colorado.  The events of the festival were well attended and we had a winning entry in the photo contest!  One of our birder clients was able to add a species to her life list with her first sighting of a small flock of Greater White-fronted Geese mixed in with a larger flock of Canada Geese.  There were two separate flocks of Snow Geese on the delta with one flock of thousands very close to the water where we could get some very close viewing and photography.  Shorebirds were present as well but not yet in the large numbers that will show up any day now.  Western sandpipers and Black Turnstones are around in some numbers with a few Ruddy Turnstones and Dunlins mixed in as well as some others I'm sure. 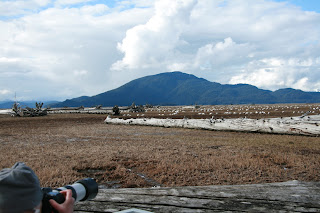 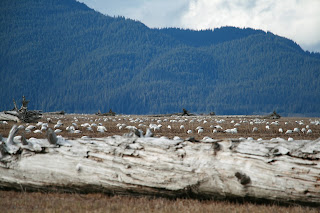 Bob Armstrongs's presentation on taking video of wildlife and birds was particularly interesting, informative, and just cool.  He gave us several new ideas on how to use GoPros as well as some new information to pass along to future clients. 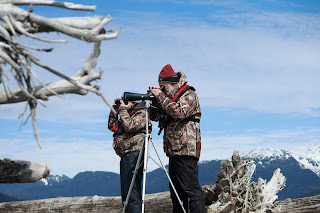 Some other interesting bird sightings we saw while on bird tours were:  Rufous Hummingbirds, dozens and dozens of Bald Eagles still scooping up the last of the hooligan run, Savannah Sparrows, Golden Crowned Sparrows, a Kestrel, the first Tree Swallow of the year, hundreds of Western Grebes out on the saltwater, Surf Scoters, Barrow's Goldeneyes, Marbled Murrelets, Common Loons, and a rare sighting of a Rough Legged Hawk flying up the Stikine.
We also saw our first bear of the year on one of our tours, a black bear sow with two small cubs of the year (COYs) down on the beach of one of the islands at the edge of the Stikine delta. 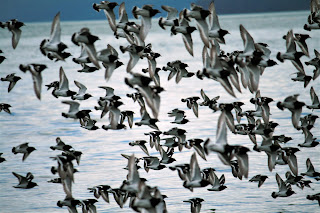 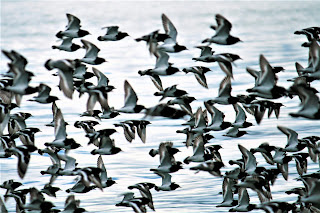 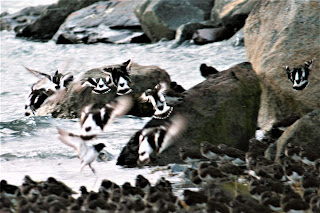 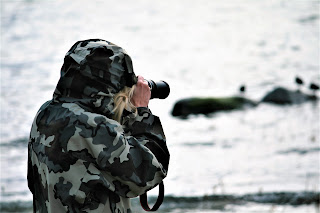 There was one Ruddy Turnstone and 2 Dunlins mixed in with this flock of Black Turnstones at City Park. 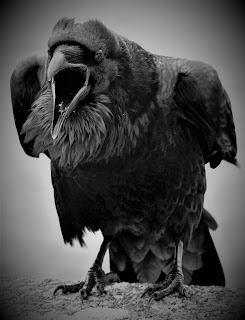 This was the winning entry in the "Other Birds" category for the photo contest entered by one of our guides.  Get out there and see stuff!


Posted by Alaska Charters and Adventures at 11:30 AM